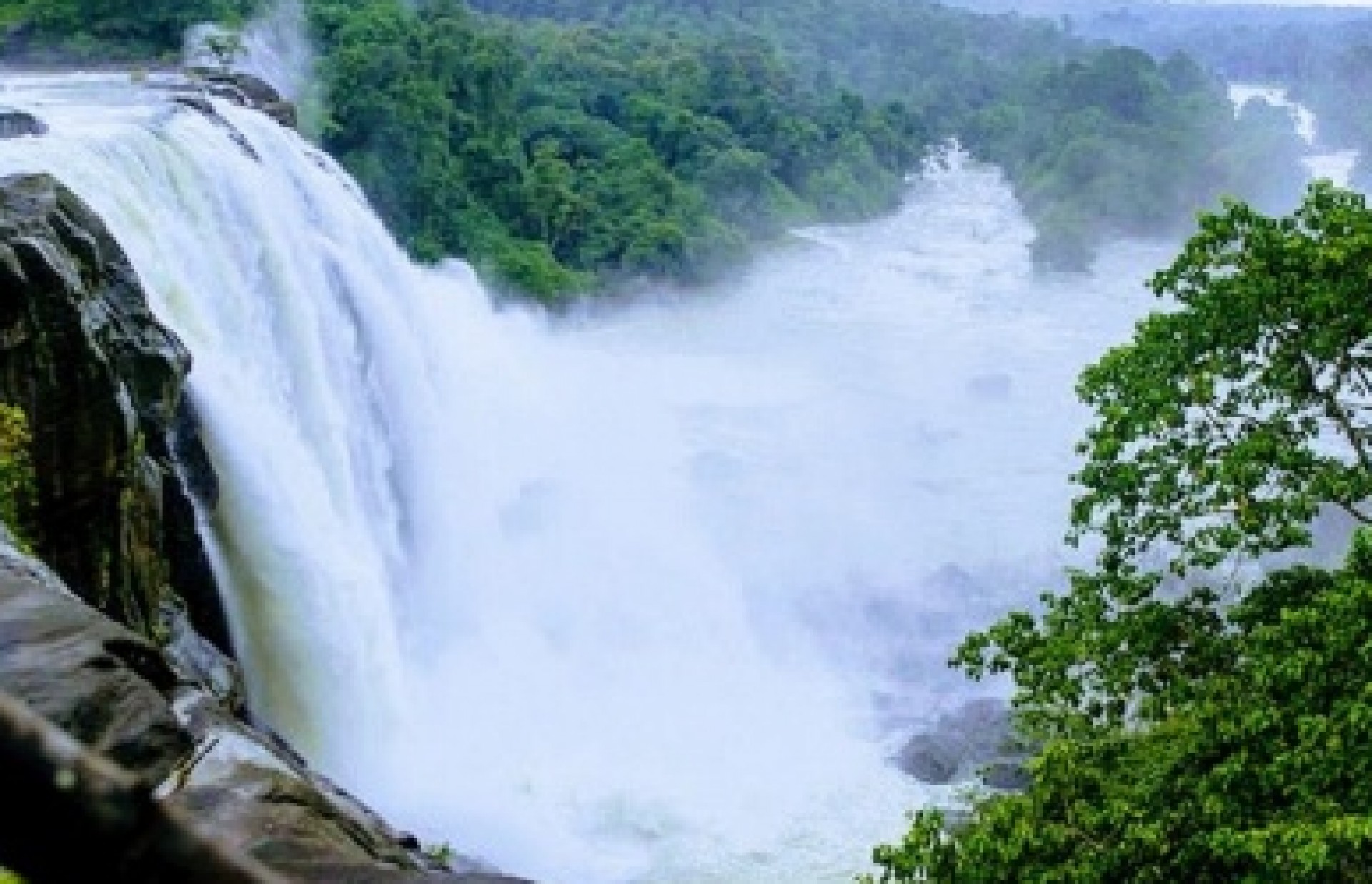 Athirapally Falls: Kerala, a Delight To Every Traveler

Do you remember Aishwariya Rai dancing in the rains to the famous song ‘Barso re megha megha’? Or maybe do you remember the song ‘Behne de’ from Raavan where much of the first few shots are dominated by the mesmerizing falls in the background? Yes! Both of the songs are shot against the backdrop of the Athirapally falls. But you know the even crazier thing about this place? It looks a thousand times better in real life than it does in the movies. So if you loved it in the movies, you do realize how you would feel about it in real life right? Well, you don’t have to guess, you could go there and see for yourself.

I visited this waterfall during monsoon of (August) 2018 with my son. Please watch the video of Athirappally waterfall which we have taken during our visit. (which is in Video Gallery-Sahyogmantra Tours website) It’s Gignatic… a delight to visitor’s eyes.. Mesmarizing. You just stand in front of the pouring water you will feel that it’s raining…The small droplets reach to you even form a distance of 1 meter or more. I have experienced it… My son got crazy when we visited it… Just to feel the spray on our face and roar of the falling water gave us a good idea of the forces of nature. Do visit yourself….you will feel the romance of water…..

The Athirapally Waterfalls is a treat to the eyes for those who crave the fusion of a mountainous terrain and a beach with frolicking waves. The waterfall, which marks the entrance to the Sholayar Ranges, is a perfect example of nature in its pure and pristine self. The waterfall is situated near two important rivers, namely the River Barathapuzah and River Chalakudy. The waterfall combined with the rivers forms a breathtaking tour that will not let you blink for a second, lest you miss any of it.

When you land in Athirapally, you are greeted with the sight of charming green Sholayar Peaks peering over the rushing gush of the falls standing against the backdrop of a rustling jungle foliage. Bird lovers cannot miss this place, for it is the only place in the Western Ghats where four endangered Hornbill species are seen. There is a pool above the falls where you can relax and unwind. To get a view of the waterfall, one needs to get down from the mountain for about 100 meters.

Another interesting fact to note is that the fall joins forces with the Chalakkudy River before reaching its final destination into the sea. There are a couple of water theme parks on the way to Athirappilly called Silver Storm and Dream World and many resorts as well.

Want a bird’s eye view? Staying in a tree house constructed by Kerala Tourism Board’s Rainforest Resort which is facing the waterfall makes the experience of visiting it particularly special. This guide to Athirappilly Falls will help you plan your trip there. 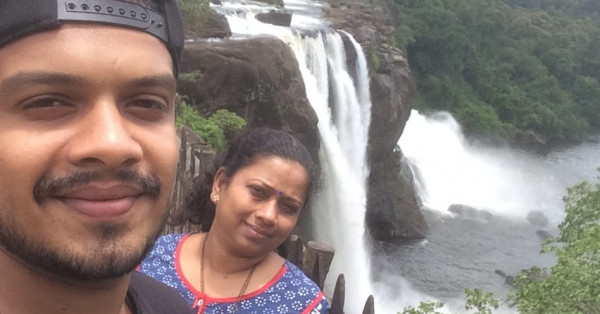 Up until the early 1980s, Athirappilly Falls was pretty much unexplored and unheard of. However, it rose to prominence when the Kerala State Electricity Board put forward a controversial hydroelectric project that required a dam to be built upstream of the waterfall. The project was widely opposed for many reasons, including concerns that it would cause the waterfall to dry up.

Local communities along the Chalakudy river banded together to stop the construction of a hydroelectric dam upstream from Athirapally Waterfall. The proposed dam would have submerged more than 140 hectares of forest, dried up extensive riparian areas downstream and destroyed Athirapally Waterfall, one of the several scenic waterfalls important to the local tourism industry. The dam also would have destroyed the critical habitat of many important species, including the rare Cochin Forest Cane Turtle, the endangered Great Indian Hornbill, the Lion-Tailed Macaque and the Nilgiri Langur.

The evocative, scenic beauty of the place hasn't escaped the attention of filmmakers. In the late 1980s, Tamil movie "Punnagai Mannan" (King of Smiles) featured Athirappilly Falls as the setting for its iconic suicide scene. Kerala Tourism also started promoting the state and showed the waterfall in one of its captivating advertisement campaigns, further propelling the area into the limelight.

Since then, Athirappilly Falls has provided the picturesque backdrop for numerous South Indian and Bollywood films and numerous Music Videos. Kidnapping, fighting, singing, dancing and romancing have all happened there. Hit movies such as "Guru," "Dil Se," "Khushi," "Yaariyan," "Raavan" and "Bahubali" made the waterfall famous and turned it into a popular attraction for Indian tourists, especially those living in Kerala.

Athirappilly Falls, is situated in Athirappilly Panchayat in Chalakudy Taluk of Thrissur District in Kerala located 60kms from Thrissur, India on the Chalakudy River, which is a marvelous cascade of frothy waters that makes its way from the Anamudi Mountains at the entrance to the Sholayar ranges of the Western Ghats. Athirapally Falls is also called as Bahubali Waterfall. This 80 feet high and 330 feet wide marvel is the largest waterfall in Kerala. It is often referred to as the "Niagara Falls of India". From here, the Athirapally falls flows through the verdant greenery of Vazhachal Forest toward the Arabian Sea, creating a spectacular vista of scintillating water.

The Athirapally Waterfalls are situated about 76 km from the city of Kochin. It is easily accessible via road. There are three major options for one to take while going to the falls. They are Chalagudi, Valparai and Angamaly. All these three roads lead to the Athirapally Falls. So even before you reach the falls you would be having fun doing an impromptu MCQ about which road to choose!

This waterfall doesn't dry up like the other seasonal falls we come across in Kerala. Even in peak summer (April-May), there will be minimal flow ensured by the reservoirs in the upstream of the Chalakuy River.

The monsoons present the most exquisite views from the falls. If you are a seasoned trekker, go during the monsoons and get amazed. But the monsoons make the trip to the falls hazardous and difficult. So for people who are just tourists and not expert climbers, the best time to visit the falls is from September to January. This is the best time to enjoy the view with limited risks.

Most tourists choose to visit Athirappilly Falls during the monsoon season, from June to November in Kerala, as this is when the flow of the waterfall peaks (by August it usually covers the entire rock-face that is why we wanted to visit it in Augus and planned accordingly). The place gets particularly crowded and noisy during the state's Onam festival in August or September. If you're keen for a peaceful time, avoid weekends and public holidays too. Go towards the end of the monsoon season to minimize the likelihood of rain.

Athirappilly Falls can easily be reached in under two hours by taxi from Kochi airport or under an hour from Chalakudy, via State Highway 21 (the Chalakudy-Anamala Road). This highway runs through dense forest all the way to Tamil Nadu. A prepaid taxi from the airport will cost about 1,400 rupees.

Private and state buses also go to Athirappilly from Chalakudy. There are regular departures from the bus stands approximately every hour.

Alternatively, some tourists travel to Athirappilly Falls by road from the tea gardens of Munnar in Kerala (four hours southeast) or Valparai in Tamil Nadu (two and a half hours east).

Access to Athirappilly Falls is controlled by the Forest Department in conjunction with a collective of locals known as Vana Samrakshana Samithi. Entry opens at 8 a.m. and closes at 5 p.m.

The entry tickets have to be taken from the Sholayar check-post approx a few minutes before the falls (while coming from Chalakudy side). Tickets also provide entry to Vazhachal Falls, about 3 miles (5 kilometers) away on the same river. It's a scenic spot, although this waterfall flows more like rapids instead of having a vertical drop. On the way there you'll pass the smaller Charpa waterfall next to the roadside. It really comes alive during monsoon season and plunges onto the road.

Wear comfortable shoes, and you are good to go. Would suggest to reach before 9 am, because later on in the day it gets quiet hot and humid. 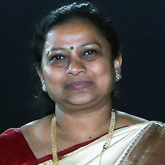 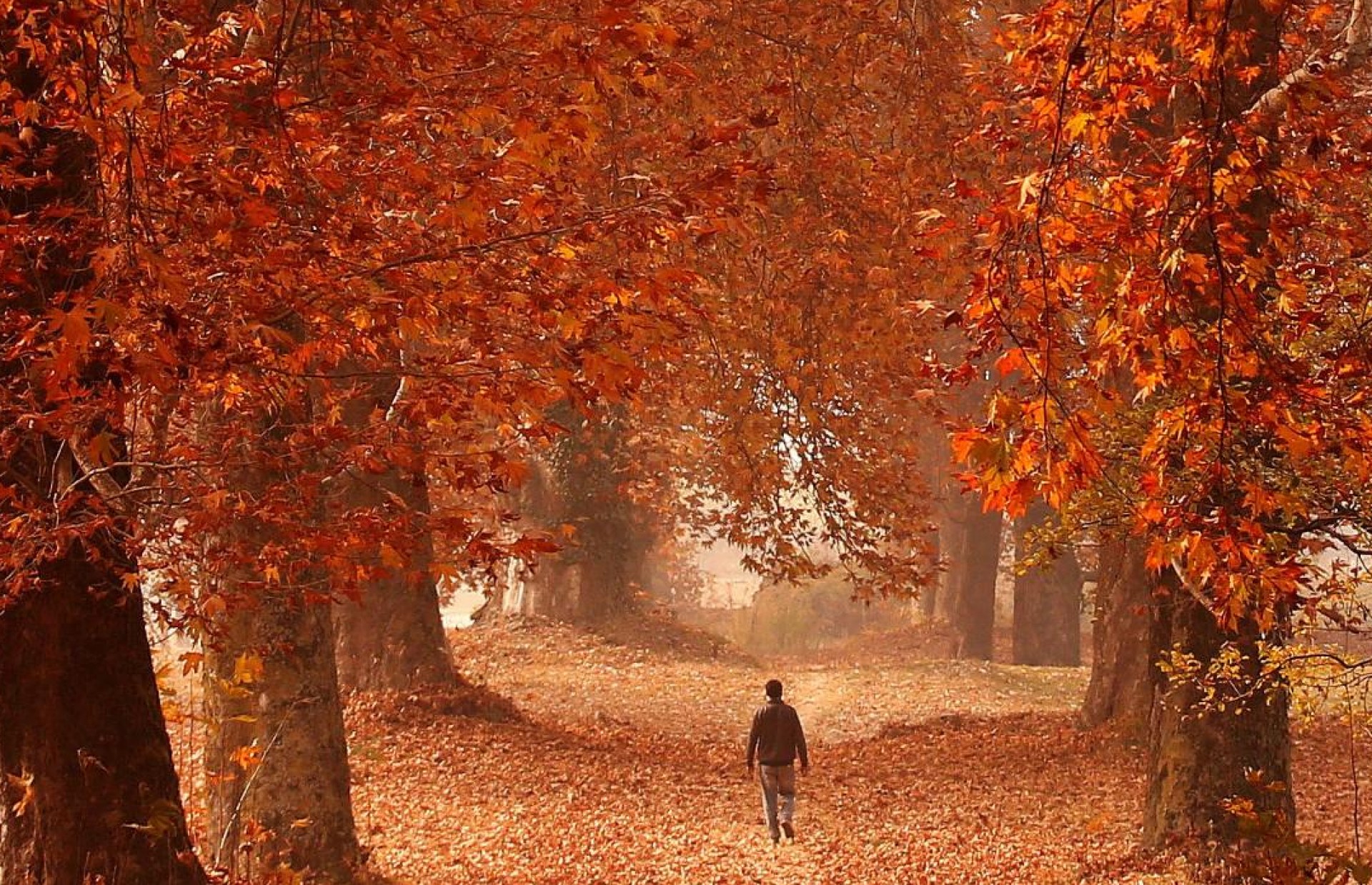 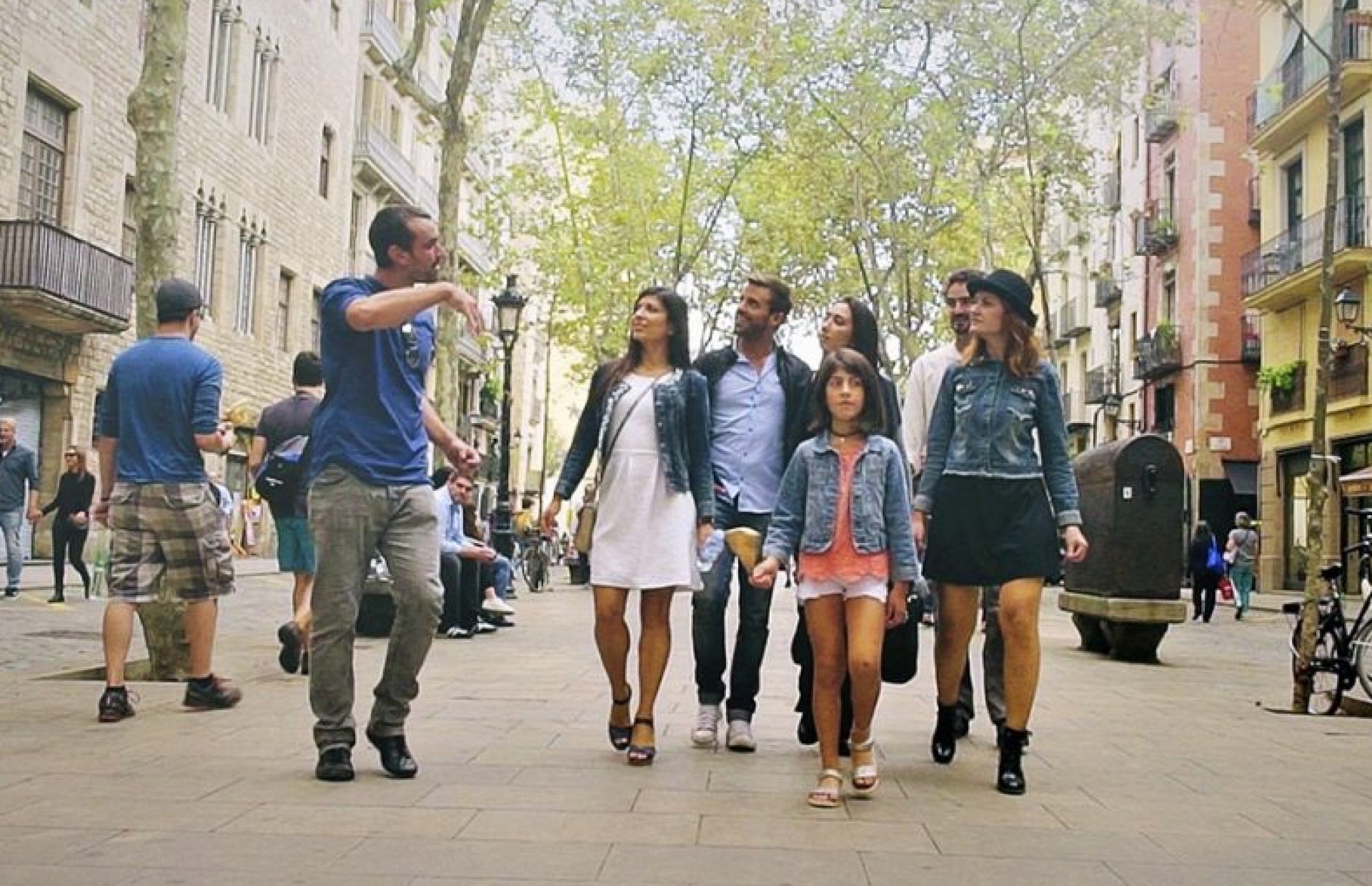 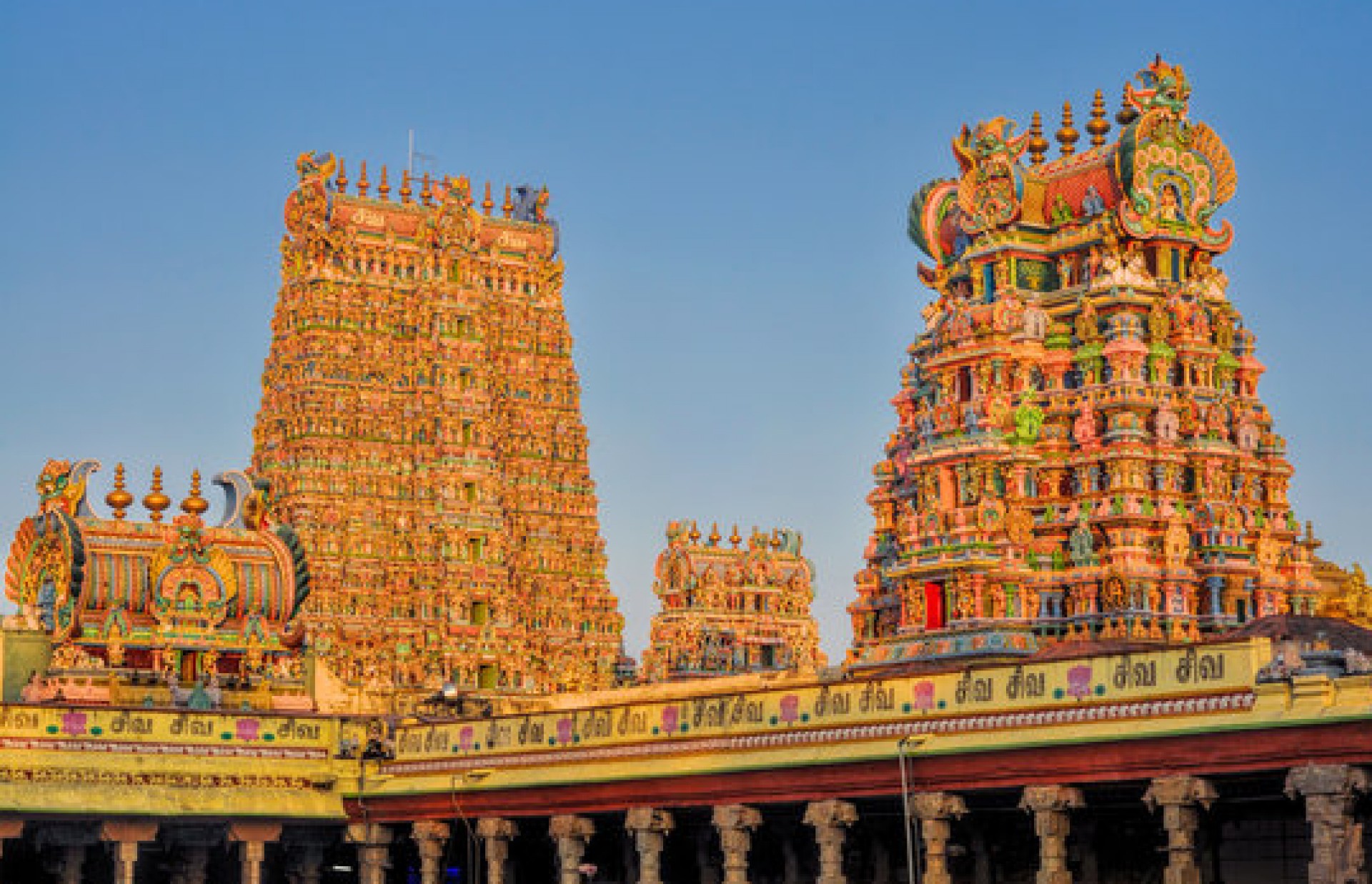 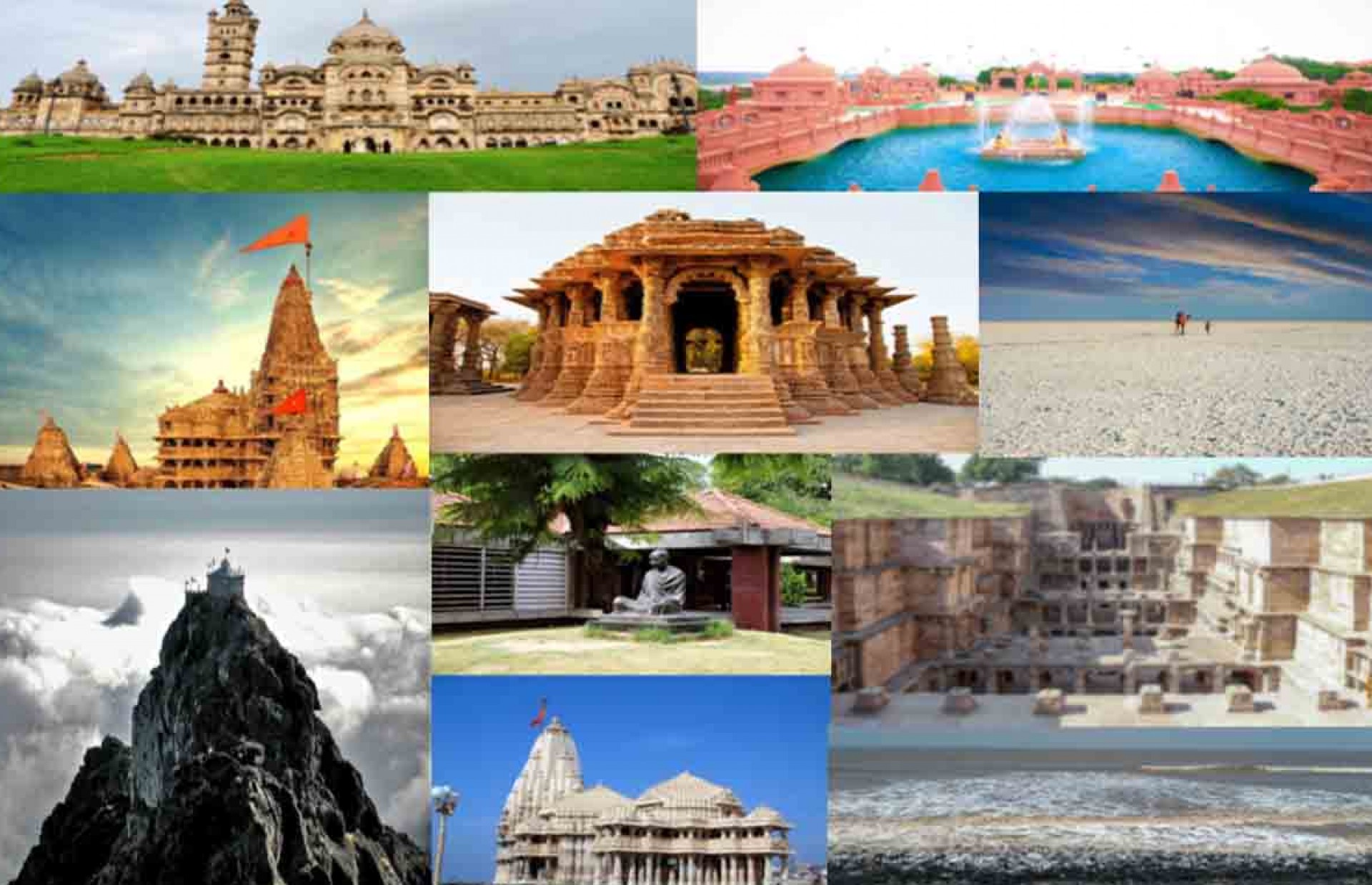 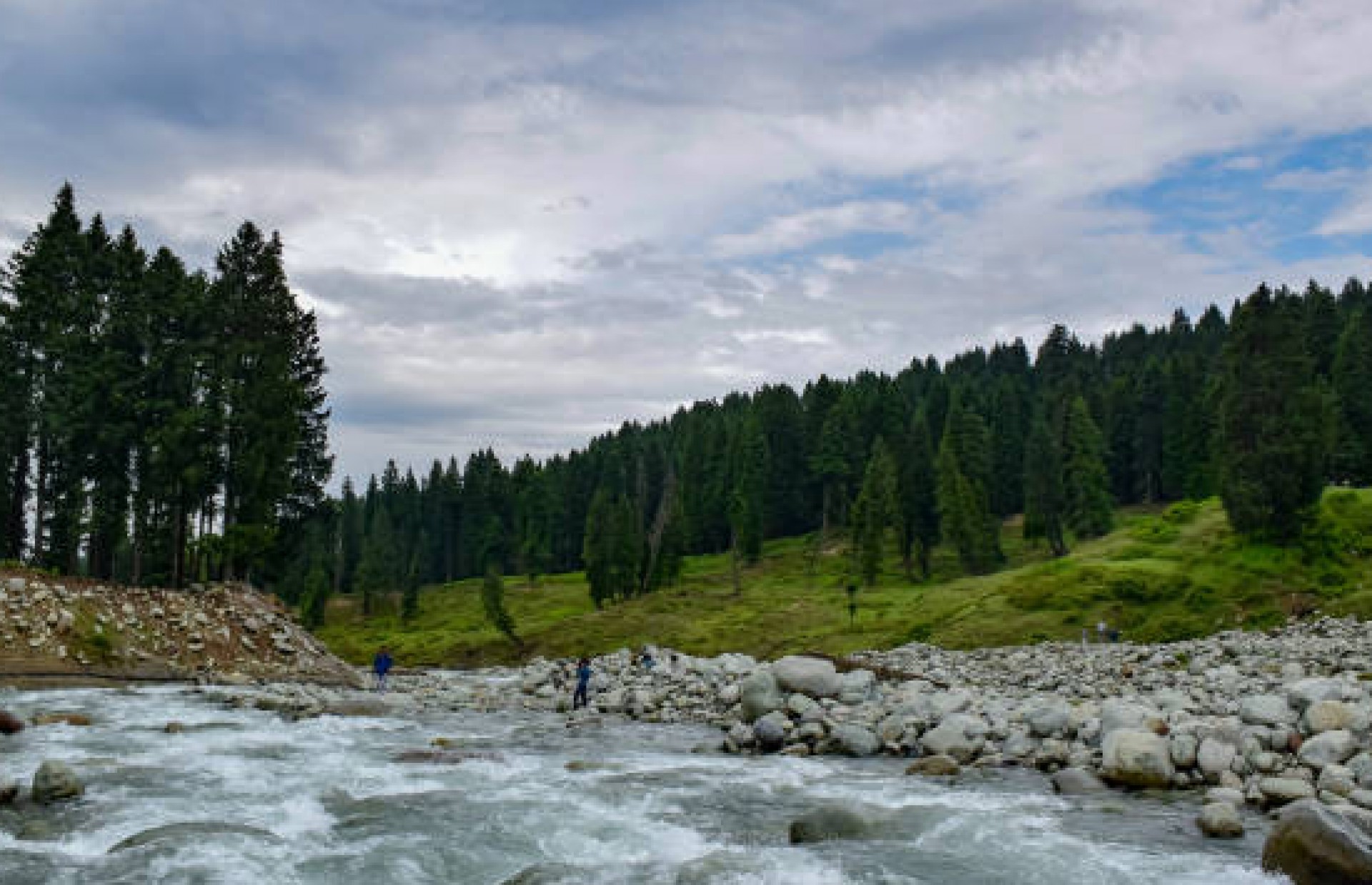 Doodhpathri - The Valley of Milk 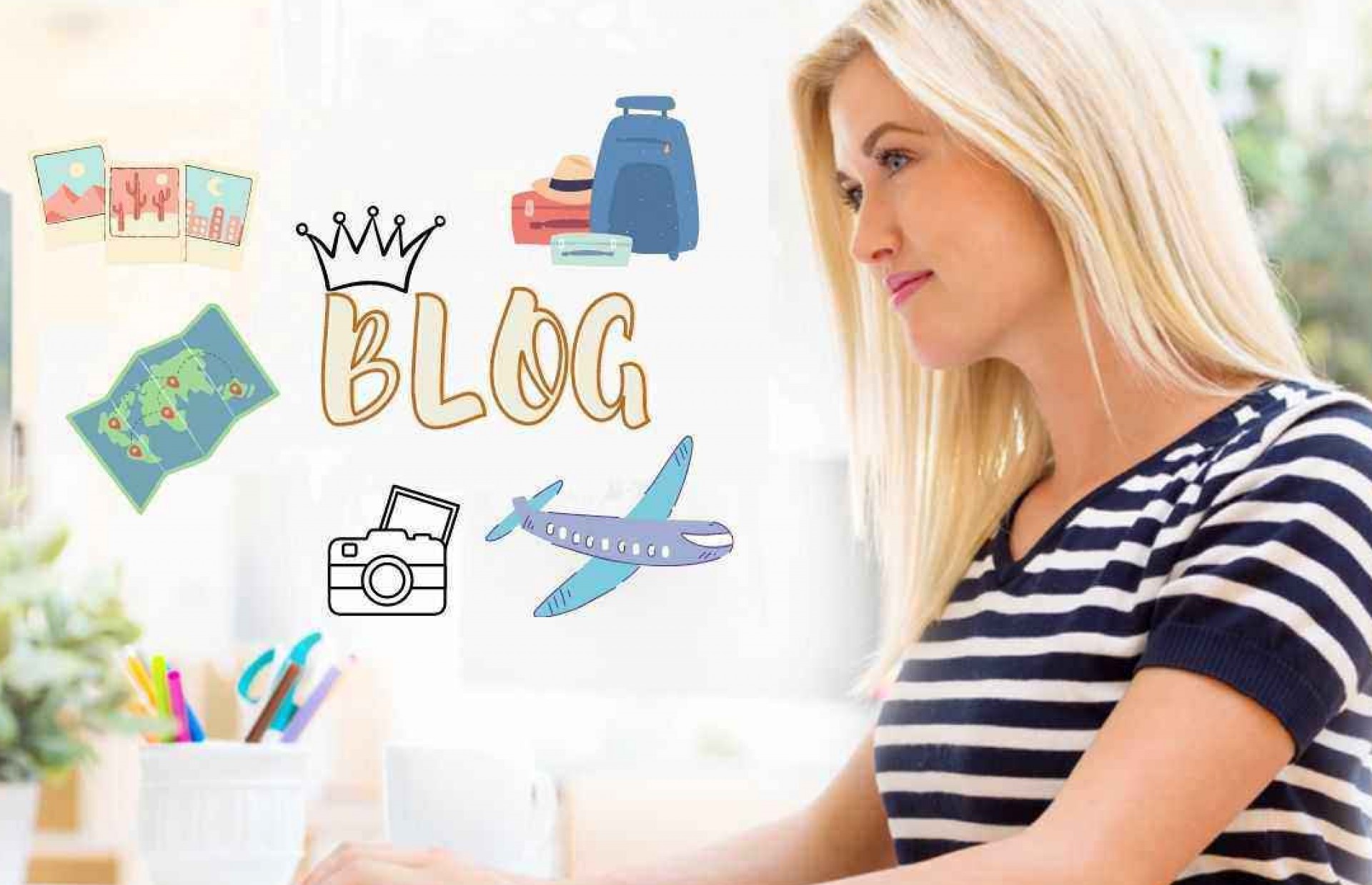 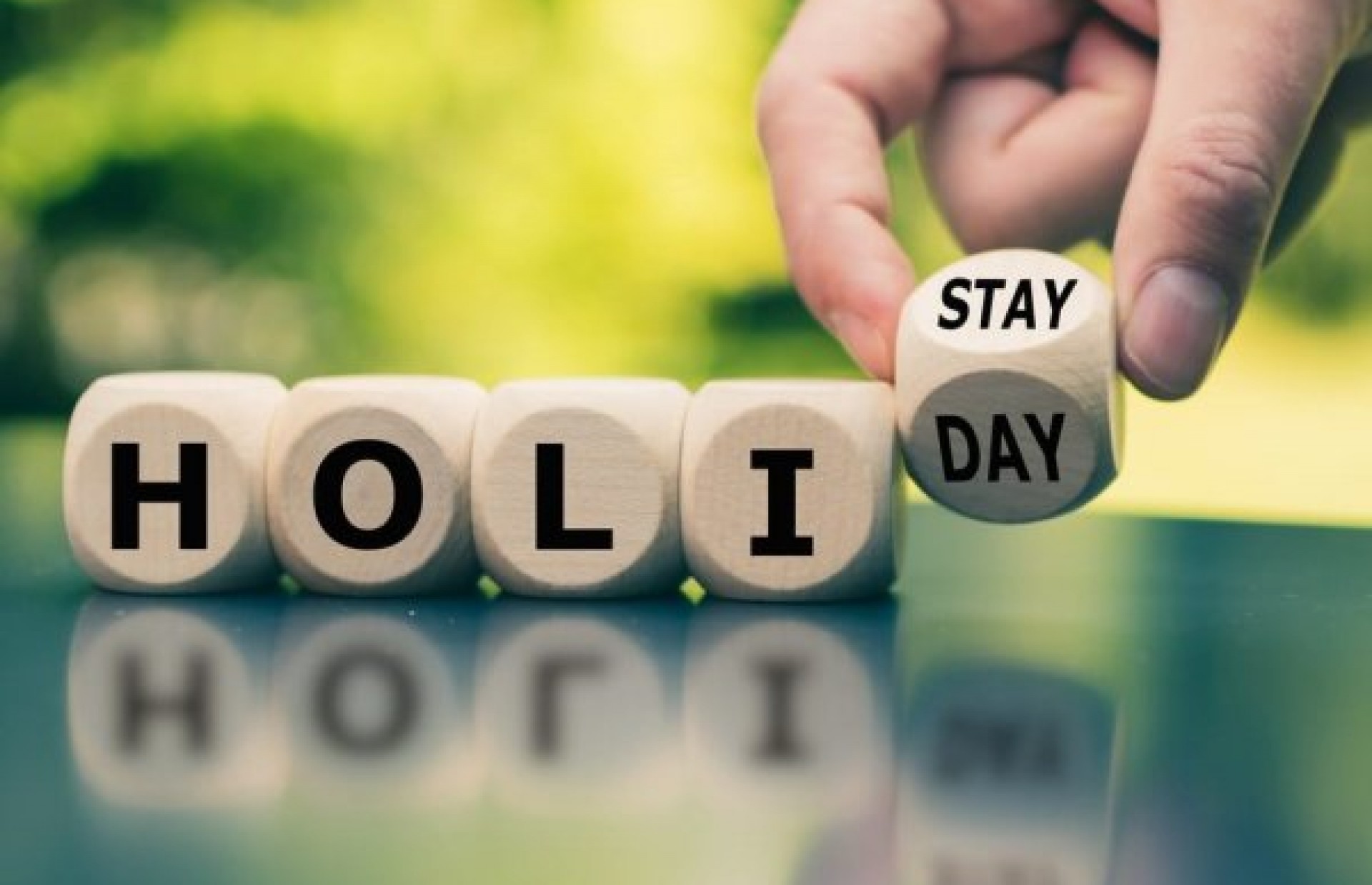 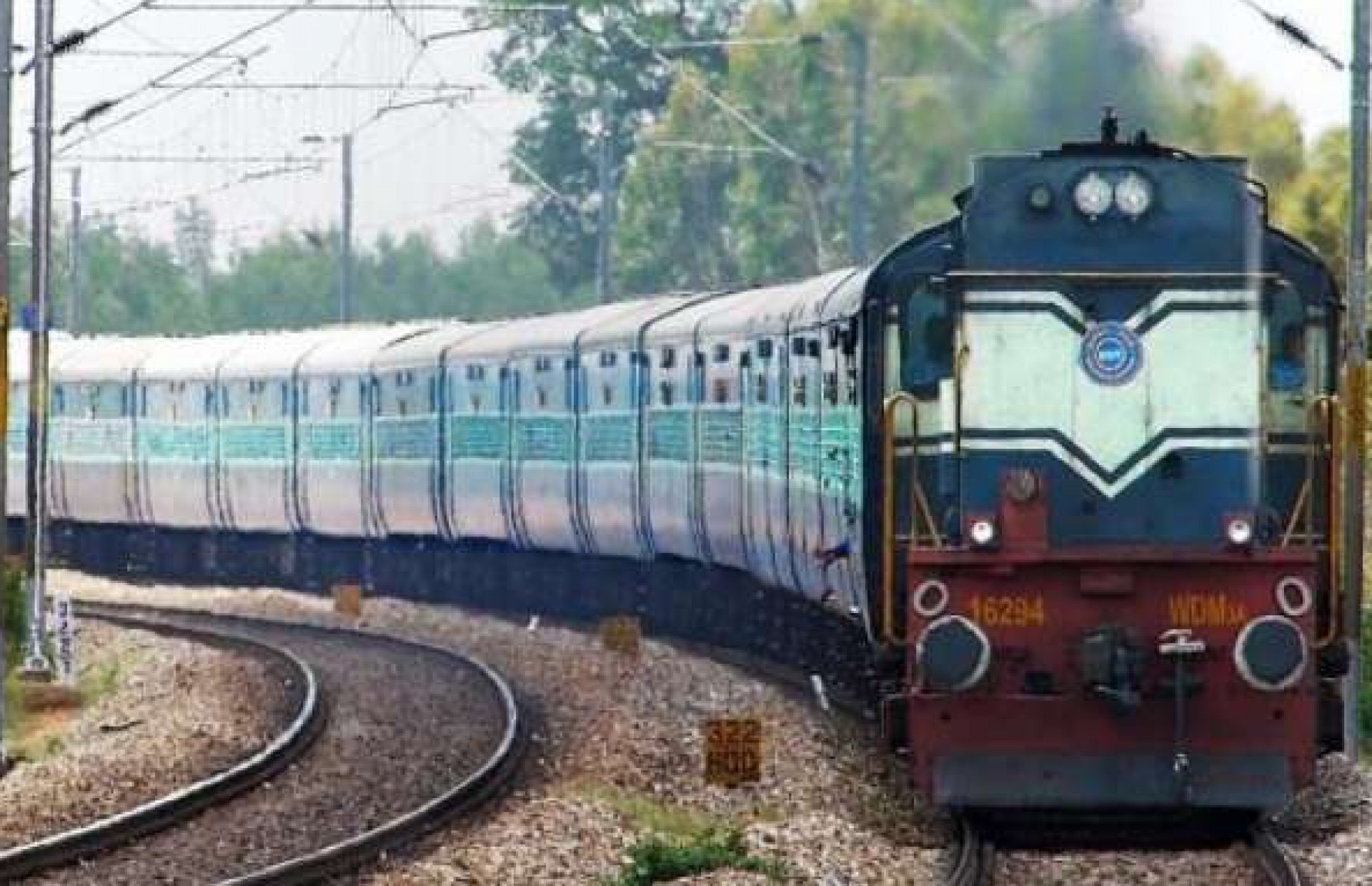