Rajasthan the colorful State of India: The intensity and spectrum of color in Rajasthan is impossible to ignore. The rainbow of fire-engine red turbans and emerald green and canary yellow saris is simply dazzling. Little wonder so many fashion designers find their inspiration and raw materials in this state. The lucky visitor might even see a flash of orange while tiger-spotting in Ranthambhore National Park. Easier to catch on a camera are the bright hues of Rajasthan's many festivals from garishly decorated camels in Pushkar, or painted elephants in Jaipur, to the rainbow explosions of Diwali and Holi, celebrated across the region.

UNESCO World Heritage Sites Rajasthan
Rajashthan, in India literally draws its name from the fact that it was once home to the kings of the country. The royal legacy that the country saw in the Rajput and Mughal eras, led to the development of number of the World Heritage Sites in Rajasthan. The numbers of historical monuments of the splendor and the Grandeur of the ancient times. The ambience and aura of these sites carry touch of the Royalty of the Mughal and Rajput rules of the country. Which is almost impossible to be repeated today. As a result, the unmatched beauty and grandeur of these side have made UNESCO to declare and pamper some of them as World Heritage Sites in Rajasthan.

Apart from its rich and colorful culture, Rajasthan draws tourists’ huge numbers with its majestic forts and wildlife areas. Some of these places are so significant that these have made it to UNESCO's World Heritage Site City Jaipur. The hill forts of Rajasthan comprises six magnificent fortresses that have stood the test of time, giving a peek into the state's storied past and aesthetical evolution. Apart from these, a protected territory and an astronomical observatory are also UNESCO World Heritage Sites.

Princely State Rajasthan: Rajasthan is literally the Land of the Kings. It is the home to the chivalrous Rajputs, and its battle-scarred heritage is ingrained with pride and tradition. The upper echelons of this medieval society built magnificent palaces and forts, many of which are now sumptuous hotels and impressive museums. In addition, stunning handicrafts and fine arts were developed and nurtured through patronage by the maharajas. Village life remains steeped in tradition but, just like the rest of India, the pace of change is accelerating. Turbaned men still barter for decorated camels – they just relay the successful deal home via a smartphone.

Rajasthan’s magnificent Forts and Palaces: Rajasthan's big-ticket attractions are its magnificent forts and palaces. Powerful forts loom from mountain tops, their battle-scarred ramparts still defying long-dead enemies. Spiked doors that once held war elephants at bay open onto the twisting approaches to the palaces within. Austere and practical give way to fantasy and opulence once safely inside. Carved marble and stone, fountains and colored glass decorate the halls of business and rooms of pleasure. All across Rajasthan there are numerous forgotten forts and lovingly restored palaces, including Jaisalmer's fairy-tale desert outpost, Amber's honey-hued fort-palace and Jodhpur's imposing Mehrangarh, to name just a few.

Rajasthan is the India's quintessential land of maharajas and medieval forts, palaces and tigers, and kaleidoscopic festivals. Rajasthan really is the jewel in India's crown. 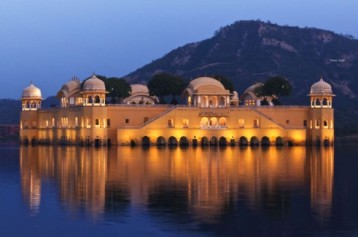 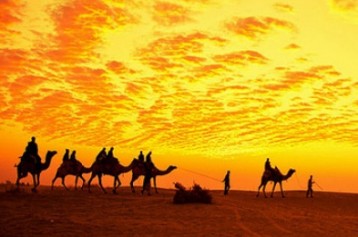 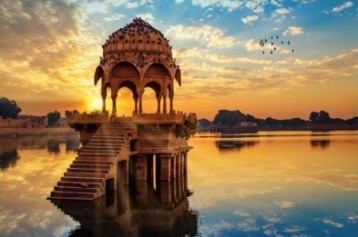 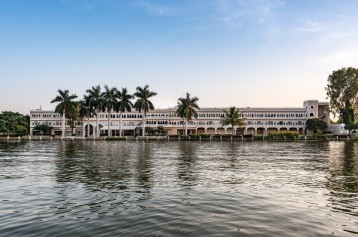