Uttarakhand is known as Dev Bhoomi (Land of Gods), as it is the place where there is an extraordinary journey, consecrated sanctuaries and spots, which draws in great many travelers and otherworldly searchers to get edification. The journeys of 4 Dhams situated in Garhwal area are viewed as the most holy places in India: Badrinath, Kedarnath, Gangotri and Yamunotri.

Chardham yatra, the particular term was fundamentally authored by the famous reformer and sage, Adi Shankaracharya. Fundamentally, the name Chardham is about the four habitations of the God. Adi Shankaracharya discovered Chardham in eighth century alongside the arrangement to recuperate the Hindu religion. The critical justification Chardham was to hitch the supporters of Hinduism the nation over. In light of the travel industry offices, the spot remains as one of the pervasive spots in India. Aside from the way of life and religion rehearses, the wonderful of the whole spot additionally entrances you.

When to visit for Chardham Yatra

The best time to embark on the spiritual journey of Chota Chardham or the CharDham yatra of Uttarakhand is from April, May, and the first half of June. Between these months you can easily do the tour of four holy sites, as the temperature remains pleasant. It is suggested not to make a plan for the chardham yatra at the time of monsoon season, as there is an extreme threat of landslides.

Winter in Chardham (October through March)
The winter season is at its peak between November and February when the Garhwal Himalayas record sub-zero temperatures with excessive snowfall hampering temple visit. It could be rather difficult to visit Chardham at this time with the weather being extremely harsh, the temples nearing their shut down period.

Summer in Chardham (April through June)
The Himalayan foothills are beautiful in the summer months with flowers being in full bloom, offering splendid panoramic views. Though you would have to carry your woolens even in summer because the temperatures drop once the sun sets, while the day temperature averages between 20 and 35 degree Celsius.

Monsoon in Chardham (June through September)
Intense showers and landslides mark the monsoon months in Chardham, with some rivers even bursting their banks. It is definitely not advisable to take up this pilgrimage in these months and wait until the beginning of October to plan your visit. The post-monsoon months has the valley lush with flowers, the waterfalls gurgling and the surrounding vistas extremely scenic. The temperature just before a harsh winter sets in ranges between 10 and 20 degree Celsius.

Places to visit in Chardham

Yamunotri Temple is arranged in the western locale of Garhwal Himalayas at an elevation of 3293 meters. Maharani Gularia of Jaipur assembled the temple in the nineteenth century. The temple is devoted to the waterway Yamuna, who is addressed in type of a silver icon, festooned with laurels and remade by Maharaja Pratap Shah of Tehri Garhwal. The Shrine of Yamunotri at the wellspring of stream Yamuna. On is a flank of Bandar Poonch top (3615 meters). The genuine source, a frozen pool of ice and glacial mass (Champasar Glacier) situated on the Kalind Mountain at the tallness of 4421 m above ocean level is around 1 km further up isn't effectively available. Thus the altar has been situated on the foot of the slope. The Temple of heavenly mother Yamuna was worked by Maharaja Pratap Shah of Tehri Garhwal. The minuscule Yamuna has frigid virus water and its supreme blamelessness and the puerile virtue uplifts that profound sensation of respect, which Yamunotri has for the ardent. As per the legend old sage Asit Muni had his seclusion here. The trip to Yamunotri is genuinely fantastic, overwhelmed by a display of rough pinnacles and thick backwoods. The divinity or Goddess Yamuna is made of dark marble. The temple is committed to the waterway Yamuna, who is addressed as a silver symbol, embellished with laurels. Near the temple are heated water springs spouting out from the mountain depressions. Suryakund is the main Kund. Close to the Suryakund there is a shila called Divya Shila, which is loved before puja is offered to the god. Travelers get ready rice and potatoes to offer at the place of worship by plunging them in these hot water springs, tied in muslin fabric. Rice so cooked is reclaimed home as prasadam. The pujaris who act in Yamunotri come from the town of Kharsali close to Jankichatti.

The Gangotri Temple is perhaps the holiest place of worship in the country principally for being a wellspring of the most loved Hindu waterway, the Ganges. As per folklore, the stone on the site filled in as a pad to save the earth from ruin the waterway might have caused as it spilled out of Shiva's tangled secures paradise. Master Shiva is accepted to have put that rock deliberately to take the attack of the spouting waters. The Gangotri Temple returns to the eighteenth century when it was worked by Amar Singh Thapa, a Gorkha authority. Despite the fact that it is Gaumukh which is the preeminent wellspring of the Ganges, Gaumukh being an ice sheet around 19 kilometer further from the Gangotri Temple. Gangotri at a height of 10,170 foot lies on the banks of the Bhagirathi River; Ganga being called Bhagirathi till it arrives at Deoprayag, where Bhagirathi meets the Alakananda to shape the Ganges.

The Gangotri Temple opens on Akshay Tritiya, normally in May and closes down on Bhai Duj, commonly in late October or November. Beholding back on Ganga's recuperating and other worldly properties, travelers convey back bottles loaded with sacred water from here. The Gangotri area has a rich biodiversity, being wealthy in a few endemic types of vegetation. There are a few more modest sanctuaries near the fundamental hallowed place, each emphasizing Ganga's advancement while following back its legendary roots.

Located in the Rudraprayag district of the Garhwal region in Uttarakhand, Kedarnath is one of the holiest sites and highly revered among the Hindus. Kedarnath temple is dedicated to Lord Shiva a Kedarnath lies near the wellspring of the Mandakini River, the Chorabari Glacier and is supported by the cold Himalayan pinnacles. It is at a rise of 11,755 foot with Gaurikund being the nearest street head to Kedarnath, being around 14 kilometer away. The stone protuberance loved inside the temple has a legendary association that follows its underlying foundations in the epic Mahabharata where the Pandavas subsequent to overcoming the Kauravas who were after the entirety of their own relatives, looked for benevolence of Lord Shiva. However, Shiva wouldn't pardon them, turning the Pandavas more unfaltering in their will to look for absolution. Shiva to dodge them transformed into a bull and came to earth. In his surge, he left his mound in Kedarnath, sufficiently close to the Chorabari Glacier, a spot set apart by an eighth century temple of Adi Shankaracharya.

Different pieces of the bull's body are revered at the other four Panch Kedar hallowed places. The bull's arms at Tunganath, navel at Madmaheshwar, face at Rudranath and hair at Kalpeshwar. Prior to booking one of the Chardham occasion bundles, ensure it incorporates a visit to the Kedarnath temple and also one of the most important Dham among Panch Kedar. Perched at an altitude of about 3586 meters with a backdrop of mighty Himalayas, Kedarnath is also one of the twelve Jyotirlingas of Lord Shiva.

Badrinath Temple also has a dazzling setting at the base of the pyramid-molded, snow-covered Nilkantha top, committed to Lord Vishnu. Beautifully found, it additionally turns out to be one of Chardham's most effectively open sanctuaries established by Guru Adi Shankaracharya in the eighth century. The temple however has been restored and revamped throughout some undefined time frame. At the foot of the temple are underground aquifers whose waters arrive at a scorching 40 degree Celsius, filling in as a clothing and shower house for local people. Adi Shankaracharya who constructed the first Badrinath Temple had discovered the Badrinayaran icon in the Alakananda River. The temple the way things are today was inherent the sixteenth century by the King of Garhwal complete with its detailed carvings, stone installing, segments, giving the temple the presence of a Buddhist Vihara.

Rumors have spread far and wide suggesting that Lord Shiva thought about this spot for a long time while Goddess Lakshmi offered shade to him as a Badri tree, getting the spot its name. Indeed, even today, the encompassing Kedar-Badri valley is accepted to be the home of Lord Shiva, an explanation individuals record their yearly Chardham visit around Mahashivaratri when the celebrations siphon life and shading into the altars. Chardham Yatra Route

Traditionally, the Chardham yatra is undertaken from the west to the east, thus, the yatra starts from Yamunotri, then proceeding to Gangotri, and finally to Kedarnath and Badrinath. Pilgrims traditionally first visit Yamunotri and Gangotri and bring with them the holy waters from the sources of the rivers Yamuna and Ganga and offer abhishekams to Kedareshwara. Chardhams of Uttarakhand is also known as Chota Chardham of India.

Useful Tips for the Chardham Yatra: 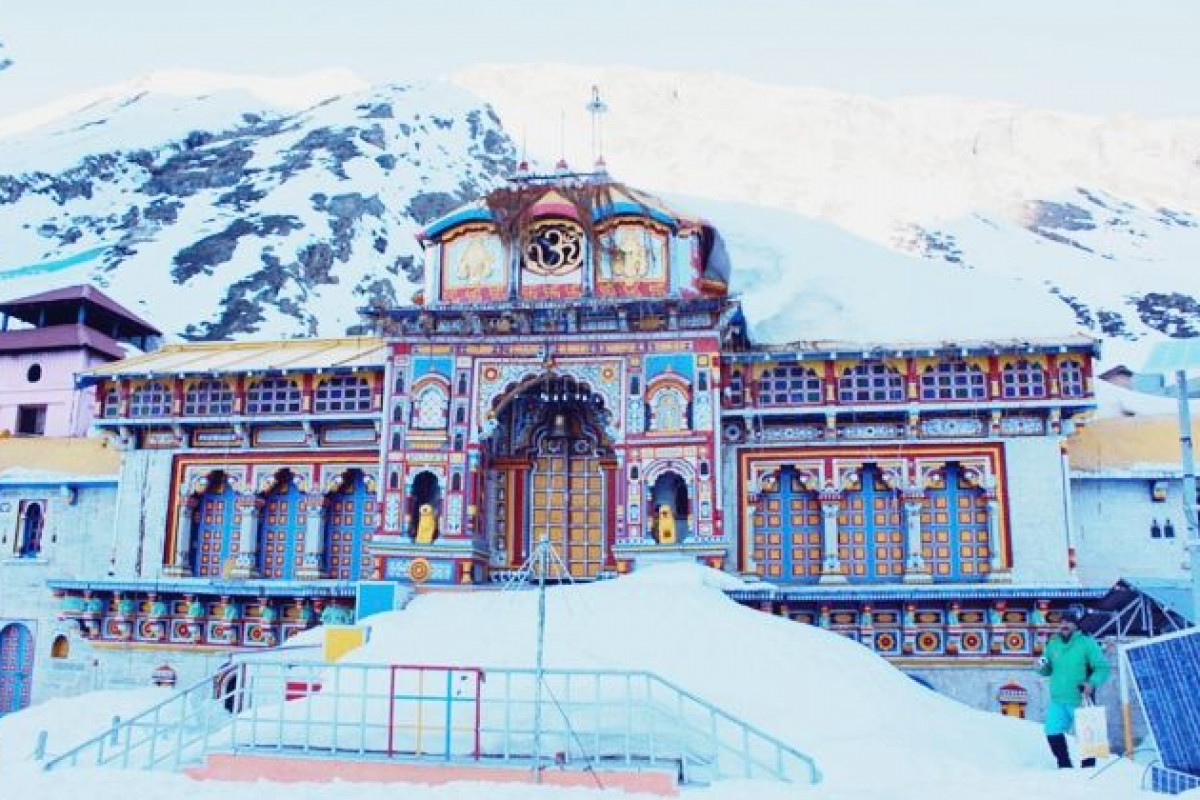 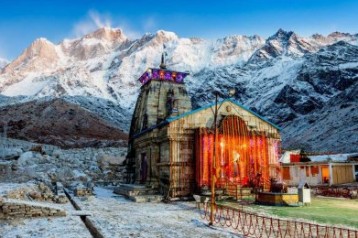 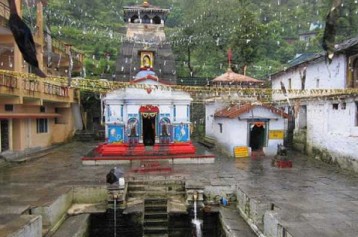 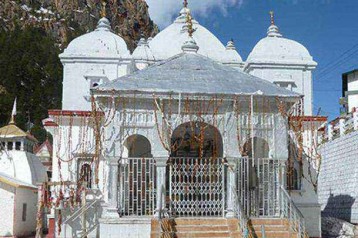 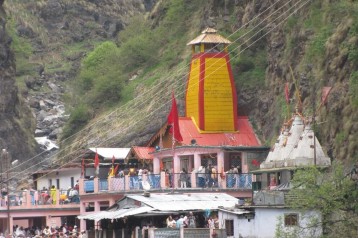 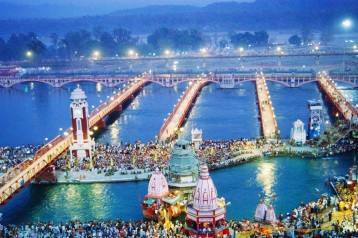 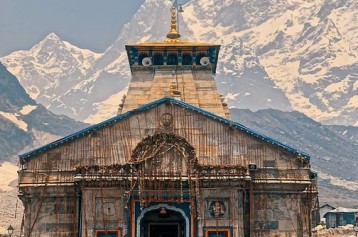 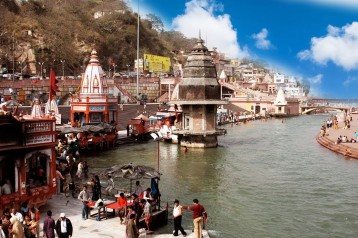 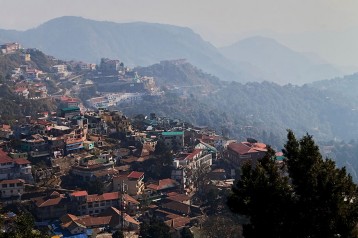