Andaman being an island enjoys a tropical climate. Best one fascinating thing about Andaman is that it is a year-round destination, where fluctuations in temperatures are minimal and stay pleasant throughout. The best time to visit Andaman & Nicobar Islands is considered between October and May as the weather is pleasant, just perfect for sightseeing, water sports, and beach excursion.  Monsoons (June to September) are not always recommended because of the high tidal waves and strong winds that cause high tidal waves.

You can divide the seasons in Andaman into two; Summer and Monsoon. Being a tropical island, Andaman doesn’t witness the winter season. It’s pleasant, mildly humid and offers good sea-breeze for tourists to just chill out, sinking into the vast expanse of the ocean. During summers, the clear blue sky and the turquoise water reflect hues of blue, contrasted by the white sands. This makes for a picturesque destination not just for couples on their honeymoon but for families who have elderly people in their groups as well. The place is not too sweaty or sultry and is perfect to grab a beverage and layback on the shacks.

Summer is considered to be the best time to visit Andaman. With absolutely zero rainfall, the weather conditions are perfect for dives, sightseeing or just a relaxed day in your resort. The season starts in the month of January and lasts till late April. Being a vacation for most schools and colleges in India, this is the time tourists flock the island for holidaying. This is also the time watersports are open for Andaman tourists. You can also check out more ways on How to Reach Andaman & Nicobar.

During summer, the mean temperature ranges between a minimum of 25 degrees Celsius to 32 degrees Celsius. With an average relative humidity of 80%, this is the popular time to visit Andaman and check off all your beach goals from your travel bucket list.

The weather is very, very calm during this time and in the month of October allowing you take part in watersports like jet skiing, parasailing, scuba diving, snorkeling and more.

Why You Should Visit Andaman?

You should visit Andaman during the summers to witness this pristine destination in all its glory. If you’re a beach person, you’ll love the ambience, the crowd and the environment that gets set up naturally during the summers. Andaman during summers is that one picture you see on blogs and magazines that have boats anchored on white sandy shores of clear turquoise waters; it’s that image of hammocks facing the Bay of Bengal tied to coconut trees and it’s that image of an infinity pool with a glass of Riesling overlooking the limitless of the ocean. Imagine that!

You should also visit Andaman to witness the festive spirit of the island through its festivals and events like the Island Tourism festival, which is a two-week festival all about the cultures and traditions of the region, the Subash Mela, an event to commemorate the birth of Subash Chandra Bose and something known as the Block Mela, an event organized to capture the essence of the lifestyle of the locals and their diversities in culture.

Know Before Your Visit…

As mentioned, the weather in Andaman is very calm at this time and you don’t have to let your paranoia get the best of you. Just pack your bags and get lost in this paradise.

Being sunny, carry light cloths and flip-flops. Keep all your heavy apparels at home and travel light with a baggage or two. Carry sunglasses, sunscreens, hats, deodorants and always carry adequate water to keep yourself hydrated. You tend to dehydrate soon in tropical climates.

During this time, you can see the temperatures going up or down between 22 degrees to 30 degrees Celsius, making it good for both citrus-based drinks and a cup of hot chocolate.

Andaman during the monsoons is comparatively a little dull. Thanks to the tropical storms and rough rainfall that lasts to an average of 180 days a year, there is reduced influx of tourists. Travelers who are really seeking some unique experiences and want to unwind from their routine, mundane city life visit Andaman for rejuvenation and self-exploration. The times of solitude in resorts and beaches with a book in a hand are compelling for a lot of travelers out there to reach Andaman.

Why You Should Visit During Rainy Season?

For a few golden moments of silence, solitude and bliss! Regardless of whether you are traveling solo or with a group of friends, the vibe during this time in Andaman will seek a better you and get you into introspection. A perfect time to evolve in the middle of nowhere.

Know Before Your Visit

As this is not a popular tourist season, water sports may not be available. It is during this time that there are huge tidal ways and unpredictably fierce winds. Hotels give out there rooms at reduced prices to attract more tourists. However, it’s also the time ferry operations are disrupted frequently by the rough waves so keep that in mind. If you had imagined the visuals we suggested, now do the same with dark hovering clouds instead of blue and the magnificence you will come up with will be your Andaman during the monsoon.

Though not risky to venture out to Andaman at this time, you may not have the perfect vacation if you come with a touristy mind. If you are into traveling raw and experience people, culture, and lifestyle in their purest form, this is the best time to visit Andaman. Carry windcheaters, raincoats, umbrellas, mosquito repellants, power banks, torch light and enough snickers during the monsoon. If you are not able to go out for food, you can probably fill your stomach with nutrition bars until the rains stop. Avoid bringing expensive cameras and gadgets in this season.

How to Reach Andaman and Nicobar?

How to Reach Andaman and Nicobar by Air?

There are daily flights from various cities such as Bangalore, Hyderabad, Delhi, Mumbai, Kolkata and Chennai to Andaman’s capital Port Blair. The Veer Savarkar International Airport in Port Blair has daily flights from these cities and airlines such as Air India, GoAir, IndiGo, Spicejet and Vistara serve the airport. As of now, there are no international flights operating from this airport yet but are expected to begin in 2021.
The airport which used to be known as Port Blair Airport is just 2 kilometres, south of the city. As it is the only primary airport here, it connects Andaman and Nicobar with the rest of the country.

How to Reach Andaman and Nicobar by Sea?

The other way to reach Andaman and Nicobar islands is by ship. There are cargo ships to Port Blair from Chennai, Kolkata and Vishakapattnam which reach Port Blair’s Haddo Jetty. While boats might be a fun way to reach the islands, they are not very convenient or even comfortable as they can be quite time consuming. Also, weather and sea conditions are important factors in travel and they can add to the time taken to reach Port Blair. At Port Blair’s Phoenix Bay Jetty, you can buy your return ticket at the ferry booking office.

An important thing to remember is that these ships will not offer the luxuries that you might find at in a cruise ship. These government operated cargo ships are meant for commercial use and are not ideally suited for passengers expecting a certain level of comfort or luxury. There are different levels of rooms available and even then, they might not match those you see on typical cruises. The ships are not known for their privacy and the rooms may not be up to the standards of those who expect even basic clean rooms. The only reason many opt for this way to reach Andaman is because it’s less expensive than flights but if you consider comfort as a priority, then it’s best if you avoid this.

Transportation in Andaman And Nicobar

By Air: Travelling between the islands by sea planes is not possible at the moment. However, there is an interisland helicopter service which is reserved for VIPs. You can apply at the Directorate of Civil Aviation office at the helipad one day in advance to use this service. However, this is not a much used service since there is a 5kg baggage limit.

By Ferry: Travelling between islands by ferry is the most popular way to travel. However, this can be quite chaotic as the service is slow and there are long queues for buying tickets. Government ferry tickets can be bought a couple of days before your actual journey, so this is recommended. If this is too troublesome for you, then you can ask your hotel or travel agent to book the ferry tickets also. There are regular boat services from Port Blair to the other islands such as Swaraj, Neil Islands, Long Island, Mayabunder and Diglipur. There are also private ferry companies which are more expensive but their tickets are available a month in advance. The popular companies that run private ferry services are Makruzz and Green Ocean.

By Bus: South, Middle and North Andaman group are connected by road and there are ferry crossings and bridges as well, which makes it possible travel by bus. Swaraj island (formerly known as Havelock) has a bus service and buses also run from Port Blair to various places such as Wandoor, Baratang, Chidiya Tapu, Mayabunder and Diglipur.

By Car: It is possible to hire a car with driver to take you from Port Blair to Diglipur but a round trip can be quite expensive, going easily above INR 10000. However, the drivers are knowledgeable about the best places to visit in Andaman Nicobar and will take you there without any hassle. The cars are also neat and clean and the entire experience is quite satisfactory. There are also self-drive car rentals which will help you experience the Andamans in a rather unique way. However, do note that mobile coverage in several key attractions in Port Blair tends to be quite spotty and you may get lost and not know how to reach out for help. Typical self-drive car rentals come with additional tax and fuel expenses.

By Auto/TukTuk: There are autos or tuk tuks in but they are not very comfortable as the roads can be bumpy. They are a cheaper way of getting around instead of hiring cabs though.

By Cabs/Taxis: Although there’s no Uber or Ola in Andaman, you can get taxis or cabs to take you from place to place. These are slightly more expensive than the autos.

By Motorcycle or Bicycles: You can hire motorcycles or bicycles from Port Blair to go around the island. These can be hired for a whole day and are quite economical. Do be careful on the roads though as they may not be the smooth roads you’re accustomed to, back in your own city. 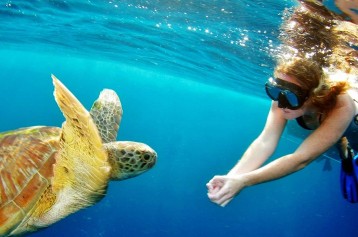 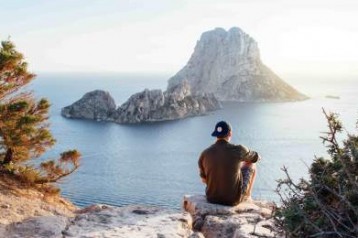 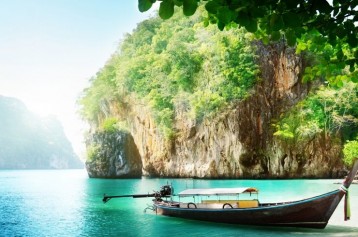